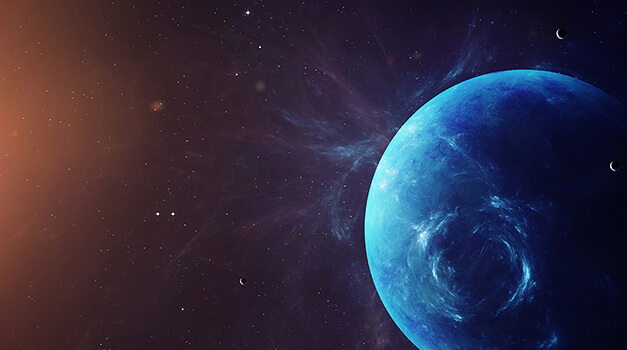 Finding Your Place in the Universe

We need to emphasize that astrology isn’t predestination or fate. Man has free will. Astrology is also not a religion, nor should it be a replacement for religion. What astrology is, is the study of cycles. We will discover areas of opportunity, luck, and expansion, and we’ll keep an eye on other areas of your chart where there might be constriction, challenge or delay. How things play out is going to be up to you. You could have the most sparkling of planetary activity swirling around you, but if you choose not to take an active role, success could pass you by, or at the very least you might overlook the chance at a golden opportunity. Similarly, you might be under stressful rays, but with the determination to find solutions to the obstacles you face, you could triumph over them and find an inner strength you never knew you had.

Astrology is nearly as old as mankind, and scholars believe that different civilizations developed the study of astrology independently of one another. The Chaldeans of Babylonia (now Iraq) created one of the original forms of astrology in 3000 B.C. Some experts feel the very first records extend back even further to 5800 B.C. . The Maya of Central America and the peoples of ancient India also used astrology, and the Chinese practiced astrology as early as 2000 B.C. The writings of Pythagoras and Plato indicate that astrology had turned up in Greece by 500 B.C. Arabic cultures of North Africa and the Eastern portion of the Mediterranean were using astrology in the 8th century. Albumasur, or Abu Maaschar (805-85 A.D.), wrote the Introductorium in Astronomiam and is credited with the revival of astrology in the Middle Ages.

The zodiac as we know it — a circle of beings and symbols — was somewhat different in those earliest astrological recordings. But by A.D.180, astrological interpretation had evolved into its present form, today thanks to Ptolemy, the Greek mathematician and astronomer. In this century, Carl Jung wrote extensively about astrology and used it in his study of personality and human motivation.